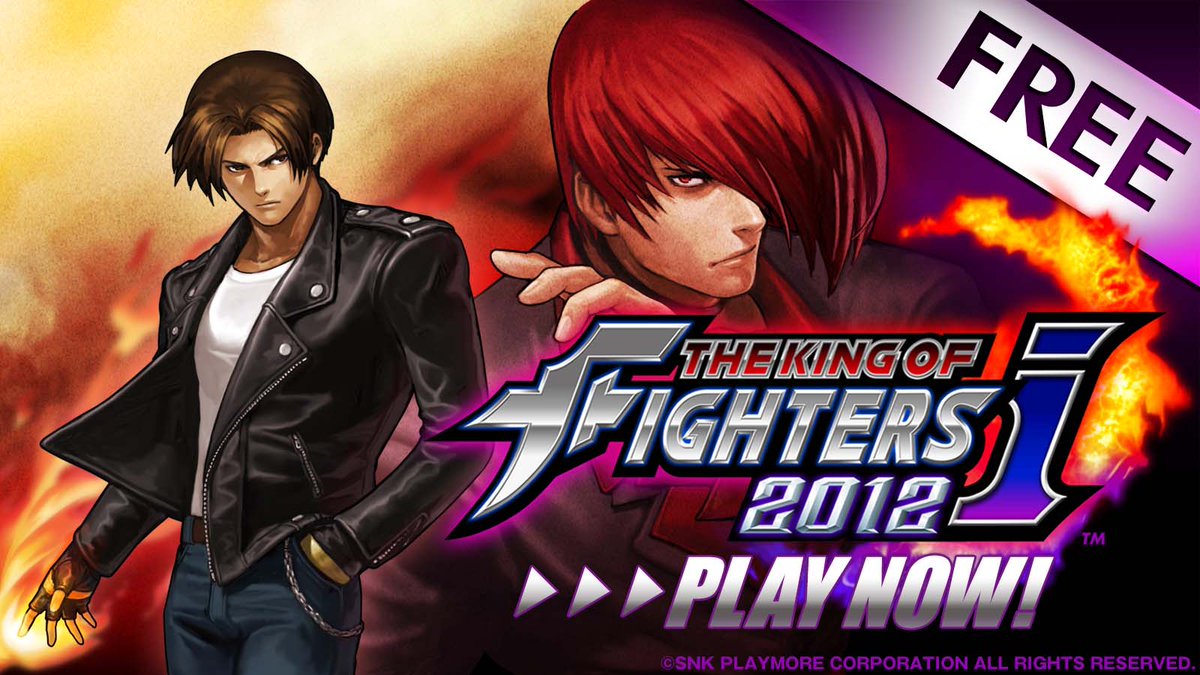 To celebrate the 20th Anniversary of KOF, SNKPlaymore has just announced that the highly popular paid app “KOF-i 2012” returns now as a free game! Not sure how long it will be a free downloadable game, but if you have an iOS Apple iPhone Smartphone or iPad, download it now!

“Highly popular paid app “KOF-i 2012” returns as a free game to celebrate KOF 20th Anniversary!
This application is the free version of “THE KING OF FIGHTERS-i 2012”, highly popular 2D versus fighting game currently available to download from the App Store for $2.99. “KOF-i2012” features 32 characters playable from start, 6 different game modes, special illustrations to unlock, simple commands, and many more content for the best KOF game experience ever!”