Focus Attack Donate Cans 4 will be held at Gameworks Denver, Saturday November 12th! This tournament will have King of Fighters XIV featured along side other fighting games. The main objective to this event is to donate food for charity for Thanksgiving. Instead of a cash entry fee, you donate a certain amount of cans of food!

KingsofCo will be streaming the event & accepting cash donations at: https://www.twitch.tv/kingsofco

Winter Showdown 3: The Dream Cancel Cup Finals will be now held February 20-21st in Northgleen, Colorado! We decided collectively to move the event to February to properly prepare & hype up as much as possible! Also, we have a new design for fans of the Dream Cancel Live podcast: You can purchase that shirt here: http://dreamcancel.spreadshirt.com/dream-cancel-live-t-shirt-A103511294/customize/color/366

PlayKOF points and ranks have been updated from the month of October! We have the top 16 players on our standing pages! All players are listed on our full standings page! Check them out to see how many points you have racked up so far!

This is a first to 20 match set between Colorado’s own Galaga and Astro! This was most likely recorded live via http://www.twitch.tv/kingsofco on November 17th.

1. How long have you played KOF? Which KOF was your first? Which is your favorite?

I’ve played KOF since the first edition came out. A good friend of mine introduced it to me after playing The Art of Fighting in a local arcade back in Juarez Mexico. That was in 1994. My favorite KOF edition is 2000 because of the gameplay and the good selection of characters and strikers even though many will disagree but thats my personal opinion.

2. Why KOF over all of the other fighters?

Back in Juarez MEX playing KOF is more of a tradition for young kids and there is more selection of KOF than any other games. Although my main reason for playing is because of the style of animation. Characters in specific have more style in moves and the gameplay pace is fast and combos look awesome with flashy desperation moves.

3. Are you a tournament player? If so, list your tournament rankings.

I became interested in the tournament side of the game because of the friends i met here in Colorado. I always played KOF but it was more of a past time for me since playing KOF happened when going on a trip to the corner store. When i participated on the last three majors I did not get out of pools.

4. Do you have a local scene or do you rely on online play?

Yes we have a very solid local scene here in Colorado we are known as KCO (Kings of Co) its a small scene but we hardly miss any of the two days we meet during the week. I also play online whenever i get a chance.

END_OF_DOCUMENT_TOKEN_TO_BE_REPLACED 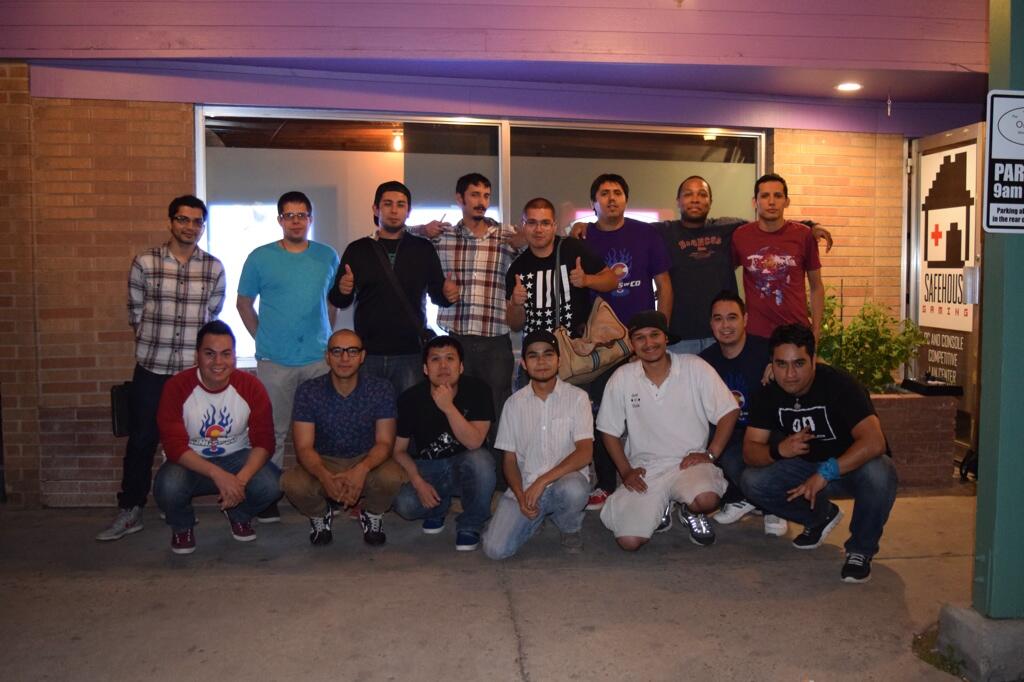 For the first installment, we head toward the scenic state of Colorado.  Colorado is the home of a big FGC including a group of very dedicated KoF players.  Most of the FGC in Colorado is organized by the Extra Fresh League, which consists of all fighting game players of Colorado.
END_OF_DOCUMENT_TOKEN_TO_BE_REPLACED