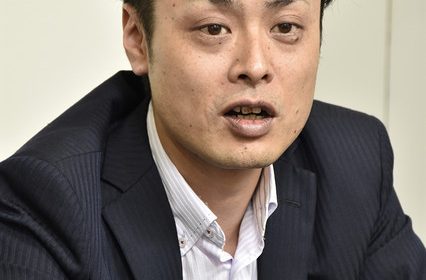 Ever since the announcement of KOF XIV, SNK Playmore has been talking to the press a lot more than usual.  KOF XIV Producer Yasuyuki Oda has already given a couple interviews on different occasions.  Now SNK’s chief of gaming division, Yutaka Noguchi, has given an interview with Famitsu to discuss the company’s recent focus on gaming.

Professor from MM Cafe has translated the key points from the interview, where Noguchi discusses the details regarding SNK’s new found focus on gaming.  Below are the keypoints:

– New Pachislot regulations are one of the main reasons why SNKP decided to switch back to gaming. New releases of Pachislot machines were going to need huge changes, and when they laid down their business plans they decided it may be better to focus their resources back to gaming
– Noguchi: “Even as of now, we’re better known as a game company than a pachislot company. People still talk about us (as a game company) when we say our name.”
– When SNKP took their IPs into consideration, they decided that going back into the gaming business and taking advantage of their IP would probably be better. Also, their smartphone and Steam stuff were doing well and it helped push things in that decision
– Noguchi’s heard from many people that they’re happy SNKP is back in gaming. He says it’s a market where they can hear the user’s voices more directly, but it’s also a harsh market that consumers will go away unless the games are actually fun even if it’s based on a popular IP. He hopes they’ll create fun games with the fans becuase that should be enjoyable for their development staffs as well.
– They’re focusing on the PS4 since it’s selling well throughout the world. They’ll be focusing on KOF at first but want to make better use of their other IPs as well and to further raise their value. They have over 200 IPs in terms of titles
– They’ve been out of the gaming scene for a while so they’re basically starting off from scratch together with returning dev members
– KOF14’s main dev members are old staffs from SNK’s golden days.
– Noguchi : “A lot of staff are coming back, saying ‘hey, if it’s a new KOF’….”.
– In addition, old game staff(s) that’ve been working in the Pachislot division have also returned
– They also have talented staff members that’ve been the fans/players of KOF, and Noguchi hopes the new and old staffs will cause a synergy effect in development
– Right now in terms of console games, SNKP is focusing on KOF14’s development. Their contact at SCEA is a fan from the NeoGeo era who’s been requesting for some hardcore titles, and so they’ve been working together which is one of the reasons why some PS4 ports are in progress.
– SNKP released the Hunble Bundle 25th anniversary set because they know their titles are well known overseas
– Noguchi predicts the Smartphone game market will still continue to grow, and SNKP will continue to focus on it. He comments that the Metal Slug series is not just popular in Japan, USA, Europe, but also Middle and South America, and southeast asia.
– Metal Slug Attack is one of the main titles they’ll be focusing on in 2016
– In the old days SNK used to develop for arcades and then port to consoles, but Noguchi realizes that times have changed. KOF14 is being developed for console. He says that personally he’d like to release titles for the arcades as well.
– They’re going to put more effort into their licensing business.
– As one of their plans, they’re going to give out licenses that’ll fit the needs of various regions. For example with Asia, they licensed KOF98 and a spinoff-app based on the game’s world view was released by a third party (KOF98OL by Tencent). They’re also hoping to license out characters, like say if Iori is popular in China and Terry is popular in North America, they’ll allow them to come out in those region’s games and whatnot
– When asked about any collaborations with Japanese companies like “Capcom vs SNK”, Noguchi laughed and commented that they’ve just restarted their game business and there’s still a far way to go.