The King of Fighters '98 UMFE/Brian Battler 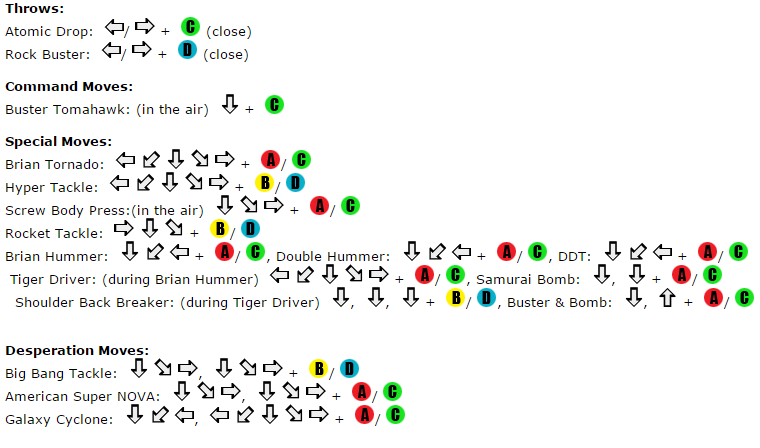 Brian is an interesting character whose main strength is his unique air mobility. Brian's air spin move allows him to become an incredibly active hitbox in the air and carry the momentum from whatever put him airborne with him. This means that he can choose a lot of different speeds and angles to traverse the air with, to make anti-airing him difficult for the opponent. The spin can be combo-ed into as well, and in many circumstances Brian can even combo out of it. On the ground, Brian is your classic big-bodied character, with access to some large pokes to control neutral, the fastest overhead in the game, and a guard point attack that launches on hit. Brian is a character best played with the Extra mode dash, as he can do his air spin from it and gain extra mobility. Brian's weaknesses include a lack of a real invincible reversal, few fast close-range options, and his big body making him more susceptible to getting hit.

King of Fighters 98 UM FE: Brian Guide by Mash It Out