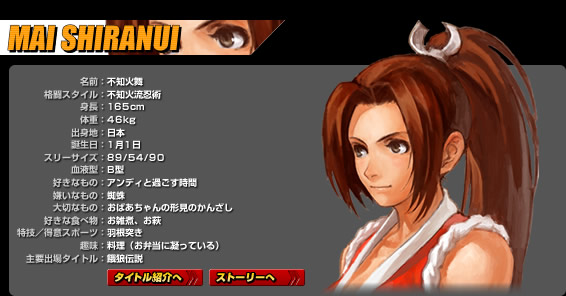 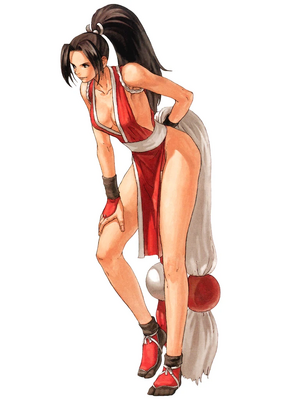 Blowback Attack Pressing the E button while blocking will allow Mai to do counter with a kick reminicent to her Standing D in KOF, and she will then tag out. The kick has good range.

Camellia Dance: f + B or C (B version 2 hits when used by itself)

Triangle jump: (While jumping and touching a wall) uf

(more to be updated)