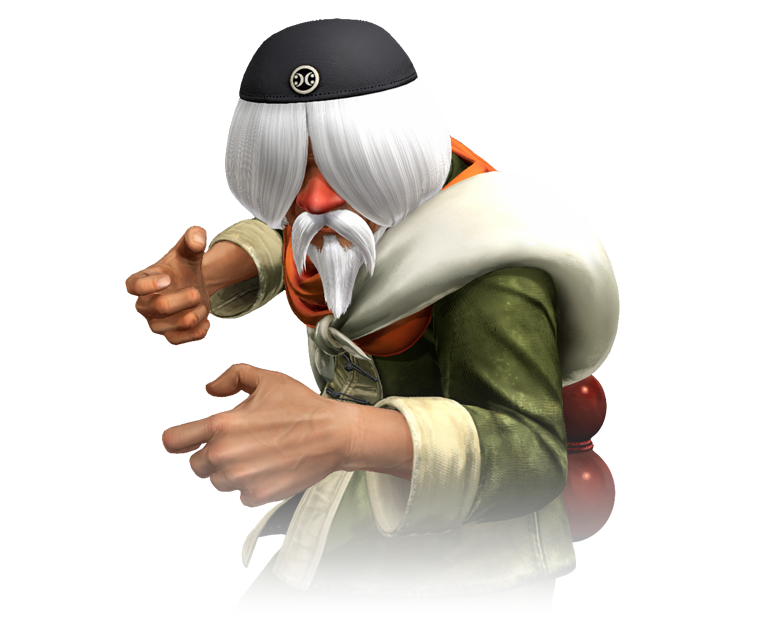 Note: Safer approach is always cancel Suiho (low) into Getsuga Chougeki (A ver.) to remove the risk of whiffing Nikikyaku, not much damage loss.

EX: qcb+BD counters all physical attacks (not projectiles or throws)

EX: Faster startup, can be followed up with regular Nikikyaku (with followup), then Getsuga Chougeki or reset. Combo filler, can be used after EX Kaitenteki Kuutotsu Ken or corner EX Getsuga Chougeki

EX: Crosses opponent up at close range. Juggles into other special moves. Has no invincibility.

EX: (v.2.00) Raises Chin’s drink counter by 3 (+15% damage). The total recovery for this move is longer than for regular Drinking. Easier for opponents to punish than regular Drinking, so use this only when ending combos, or when you have a lot of distance between you and a slow opponent.