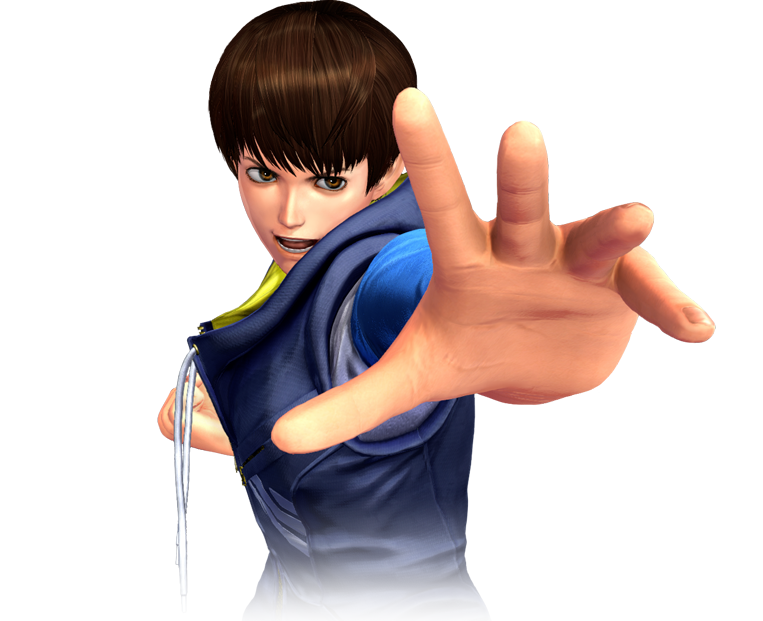 Kensou is a well-rounded versatile character who has access to a fireball and some good anti air tools. Kensou can check opponents at bay with fireballs that can be then used to super cancelled into QCFx2+A/C to dissuade them from jumping in at him. He has access to some good long range ground pokes and decent air to air tools. With easy confirms and overall good pressure tools up close, Kensou can really lay hurt on his opponents.

EX: A very fast projectile that can destroy any Non-EX projectiles. Can be used to check and catch opponents by surprise.

EX: Faster startup, has invincibility, and does more damage. However, it is very unsafe on block.

EX:Really fast startup and has guard point. Can be used to anti air opponents. Unsafe on block. Juggles the opponent higher and is used in combos.

Max: Does more damage and is very fast.

Max: Has invincibility upon startup. Beware that it can whiff on crouching some crouching moves from opponents.

(the second cr. B can be switched for cr. A for a bit less damage. Add a jump-in attack for more damage.)