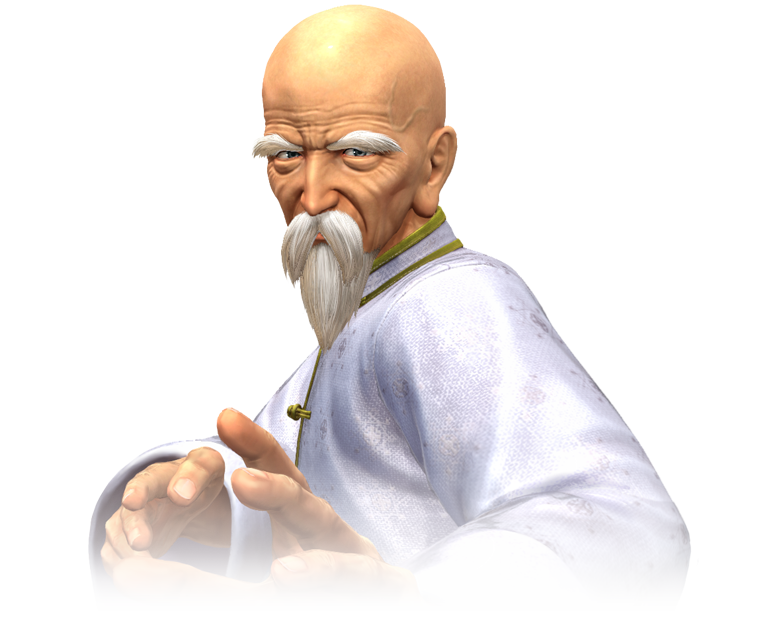 Tung Fue Rue is a character from the Fatal Fury series. He is a master of the fighting style Hakkyokuseiken! Tung Fue Rue may be a fairly simple character, but he is a character who requires good knowledge of the system of KOF and a good understanding and “feel” for the spacing of his moves to be a real threat. Unfortunately, Tung’s normals are not very good due to the small range and hitboxes of a lot of them. This also means that he has a lot of trouble anti-airing his opponent while on the ground. However, Tung does have some things going for him. First is his damage output. Tung with meter can pack quite a punch! As a matter of fact, he has one of the most damaging 2 bar combos in the entire game! He is a character who can also crank up his opponent’s guard gauge substantially without overextending. Tung is a character that is a great pick for anyone of any level! He can teach you how space yourself properly and not over extend! Play Tung!

EX: Half the startup of the other versions, can nullify projectiles, and is great for MAX mode combos.

EX: The EX version of Tung’s Shou Ha causes a wall bounce for combo opportunities. This move is going to used greatly in max mode situations. EX Shou Ha is +4 on block just like the HP version of this move, so the benefits of HP fireball apply here as well.

EX: This move has the same startup as the non EX version, however, there is some upper body invincibility. This means that this move can potentially be used as a reversal against bad jump in meaty attempts.

EX: This version is identical to the normal version. However, the EX version does more damage and slightly has more range.

EX: Identical to the regular version. This version does not induce stun damage on the opponent. This is the best version of the move to use as there is more juggle/damage potential here.

Max: has 4f startup and crosses the screen very fast, great for punishing fireballs and other hard to punish moves.

Help improve this wiki by adding suggestions and comments to this google doc: