The King of Fighters XIV/Whip 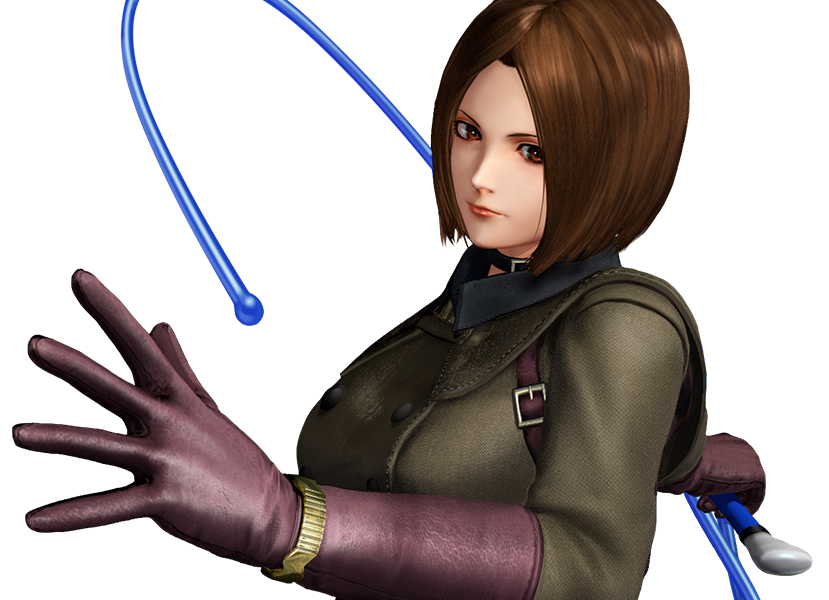 Whip is one of the younger members of Heidern’s group of elite soldiers and made her first appearance in The King of Fighters ‘99. Whip unfortunately has a harder time compared to most of the cast in XIV, and thus is generally considered to be a low tier character. Regardless of such, Whip does have qualities to her worth noting, but requires a good understanding of KOF neutral to use her effectively. She has excellent long range normals such as jump C and back A, a good whiff punisher in cr. B, has a variety of less than conventional mixups, unique air mobility, and has pretty good damage when provided the meter.

EX: Faster, does not side switch, does more damage, and is full body invincible, thus making it a good reversal option and an excellent anti air. Only disadvantage is that having access to its utility outside of combos requires you to already be in maxing mode, which takes away from her strong whiff punishing game. Also horrendous on block so be wary.