The King of Fighters XIV/Luong 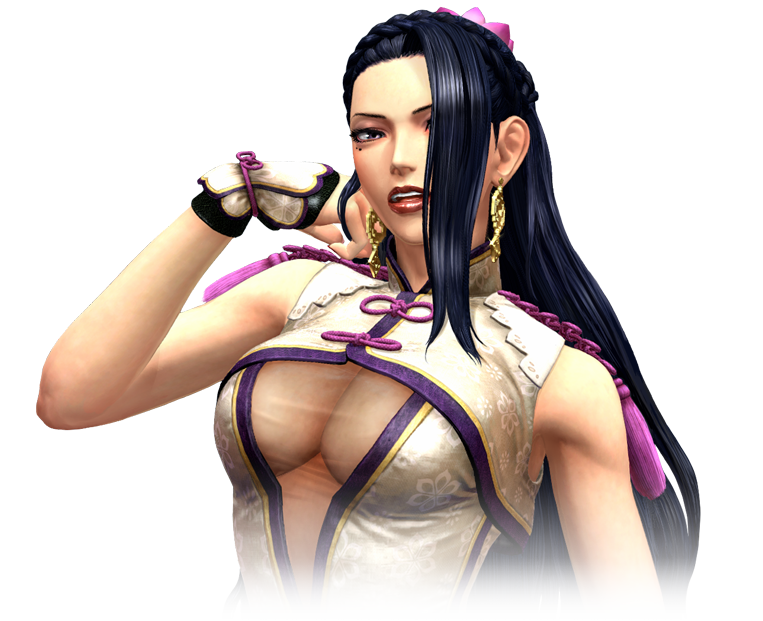 Luong is one of the newcomers of the KOF series, debuting in KOFXIV on Team Kim. Luong utilizes a stylized variation of Teakwondo. Luong is a relative unique yet simple character to play as she has only a few special moves with her normals backing her up very nicely. In a lot of ways, some of Luong's tendencies in her game play may remind the player of the character known as Yamazaki as she has a lot of tricks to take advantage of in the neutral while fighting at the mid range. At longer distances, the player will have to plan their offensive approach carefully while keeping the opponent at bay with qcf+B or qcf+P. She can also delay her qcf+B or qcf+P if the player holds the K button and she can also cancel it altogether by pressing D while delaying it. This is a good way to threaten the opponent with a mid range poke or potential mix-up. Luong can also force mistakes out of the opponent and then begin implementing a barrage of attacks from up close. Luong is a decent character for players who wish to take a simple yet effective route or play a lot of mind games while getting a lot of damage off of well-placed pokes and close range combo opportunities.

EX: The EX Version of this move used in Max Mode will have Luong perform a low, mid and a high Geki in a rapid fashion. If she connects with any of the kicks (specifically the last kick), she will use her leg to slam the opponent onto the other side for a hard knockdown. This can be very useful for finishing combos with Max Mode if you don't have any resources to spend.

EX: Used in Max Mode. Luong quickly performs her wheel kick without much startup. The opponent is launched into the air. Midair opponents are juggled a bit higher into the air. This move is important for advocating more elaborate combos in Max Mode. Does a bit more damage than either of the regular versions.

EX: 2-hit combo. Luong performs a double reversal flip kick to launch the opponent a lot higher, even while they are in midair. Does a bit more damage than the regular versions but is still very unsafe on block.

The player can also get away with cr.B x2, cr.A as well.

cr.B, st.A/st.B will also work for getting hcb+B to land for the juggle combo. If the player ends this same combo with st.CD instead of qcf+B, they get 200 damage instead.

The reason why close D is used instead of close C is to avoid potential damage scaling towards the latter part of the combo. The player can still get away with utilize close C if they wish. Ending the combo with st.CD will offer 244 damage.

Same as the one of the main combo options written on the top page. It is better if you simply use this if you are absolutely sure that this will kill.

CORNER ONLY. The reason why there was no super cancel on qcf+K is because the regular supers will somehow whiff, even in the corner.

Can be done from anywhere. A relatively easy combo for 1 bar.

Another easy combo for 1 bar.

This combo is a bit difficult to perform at first but it will lead to more damage on success. The player can also choose to end the combo with qcb+B to send the opponent away but for less damage. In either case, Luong has a big advantage from this combo and it also helps her do a lot of damage for very limit resources.

Be sure to hold up and then fling the control stick quickly in a quarter circle back motion for the EX qcb+K.

The reason why there is no f+B after the Max cancel is because by the time Luong prepares to perform her EX DM in the combo, the Max Mode timer would run out and she would end using the regular version instead.