The King of Fighters XIV/Nakoruru 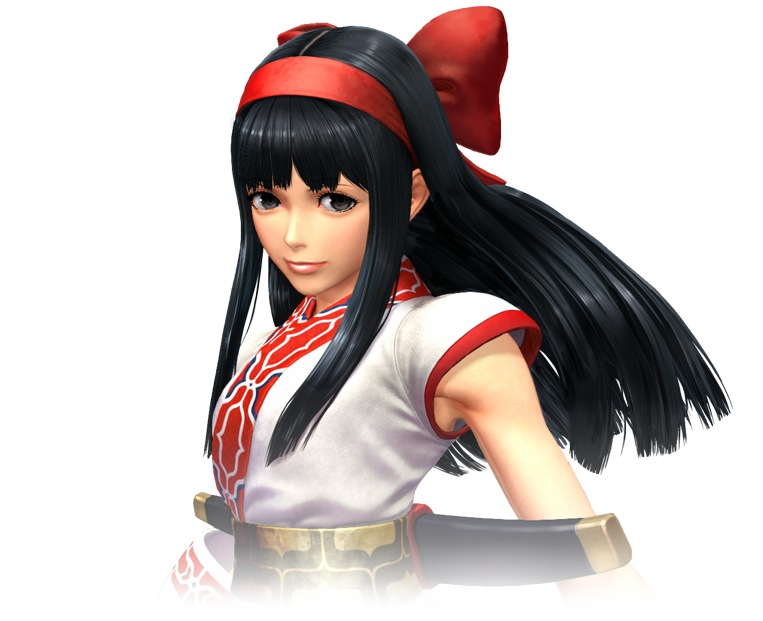 EX: Travels full-screen towards the opponent, much more faster start-up, doesn't knock the opponent down, more damage and neutral on block

EX: Same angle as D version but much faster, and can negate EX projectiles.

Max: Faster start-up, more damage, and has the distance in between the light kick and heavy kick version. Negates Super projectiles.

Max:This version is more preferred to use in battle. It can combo & super cancel reliably from qcf+C, and inflicts more damage.

Meterless: Nakoruru throws out 2 jabs, a low swinging slash (that doesn't hit low), qcf+A with the qcb+P follow-up from qcf+C (the follow up can be stopped by not pressing A a 5th time). 5 hits, 169 Damage.

(Good to use as a punish starting with cr. C/cl. C or from a cross-up from j.D.)

(starts from a low attack. Can start from qcb+K~down+K for a overhead/cross-up starter and more damage. Can end with dp+P for more damage.)

(If you're near the corner, may not need to fly forward too much when you cling on Mamahaha. You can substitute cr. C with st. A or st. B for a quicker reset.)

(Good to use as a punish combo or from a cross-up or jump-in j. D)

(the link from df+A to cr. B isn't difficult)

(easy damage starting from a low, into a hard knockdown. You can finish with qcfx2+K but it has lower damage)

(longer max mode combo for more damage. Best used from a cross-up (j.D into cl. C is easier) or to use as a punish combo starting with cr. C)

(Easy combo to confirm from low light attacks. You can start with cr. B, st. B in to [BC] if you aren't at throw range. )

(similar to the combo above, but starts from a jump-in or cross-up j. D)

(if you have 5 meters, use it to kill your opponent)