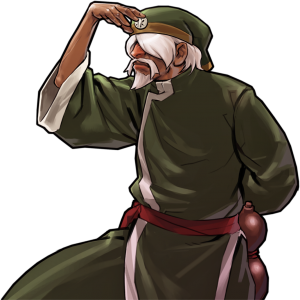 Customized Invitation to the Furnace -

Invitation to the Furnace -

Chin is quite atypical, both because of his size and because a lot of his potential is locked behind his gulps (rdp+P). Without drinking in fact, he doesn't have access to a lot of his special moves, he needs to drink and store stocks to use up on those moves. When he does though, he has more than decent tools and a pretty god anti air game. He has pretty good ways of converting into damage, both with and without meter. his j.C is really good, his j.B can be used as a great cross-up tool and he has an overhead in his f+A which in the corner can convert into max mode (although his loops aren't the longest nor the most damaging). He has a lot of potential to low profile attacks, but due to his size and his sleep stance move which can be cancelled with various follow-ups. He can play space control but can also play pressure and poking.

Combo Advice: Can be cancelled from his standing strong punch normals as cl.C, f+A or crouching C, f+A into a special move.

Combo Advice:The light and heavy punch version can easily combo from his standing heavy normals and his close light kick. If you place too many attacks before the heavy punch version, it will not combo, example: j.C(2), cl.C, f+A, dp+C