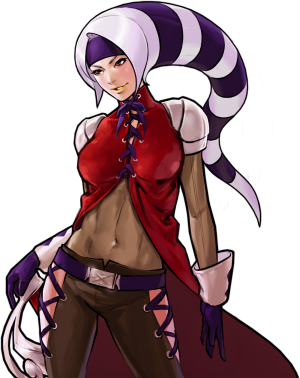 No Wakusei Inoru - in air,

You can always slightly delay df+A after f+A for more consistency.

Stick to 2 cr.B's for consistency.

The walk one is easier but costs you around 2% damage and you need to be a tiny bit closer on the first cr.B. Doesn't change spacing if you use cl.C.

You need a decent amount of distance away from the corner for qcfx2+P to last long enough so you can use the f+P follow-up.