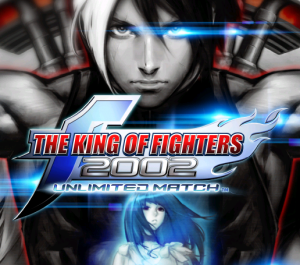 The Frame Data for KOF 2002UM is now available. The frame data for most moves are translated into English with inputs. It is Alpha Ver. due to missing some moves and data in chart. Most of moves are done by using practice mode with command option. If you know about your characters and willing to help on frame data of 2002UM, please post comments on following forum link. 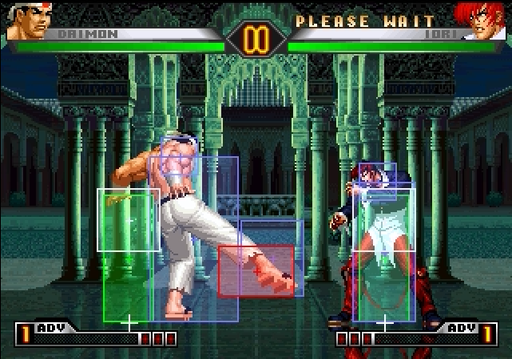 There are still a few minor kinks to work out, but you can download the viewer now to check out the various hitboxes in the two games.

To be able to analyze how the hitboxes of different moves interact with each other will no doubt raise the level of play over time, so go ahead and download the hitbox viewer here.

Previously, the frame data for KOF XIII has been missing for a few of the cast.  If you play one of those characters, today is a day to celebrate!  TSS Atma has just completed the frame data for the entire cast.  Check it out over at the link below, and send him some feedback.

If you are into frame data, you might also want to check out our hitbox videos for the entire cast:

TheSecretSociety36 has uploaded various non-HD and HD combos for Claw Iori on their channel. These combos may prove practical to all Claw players who are not utilizing them yet so give the video a watch to potentially add more to the arsenal.

He’s really out-done himself this time, good luck trying to follow this effort:

The King of Fighters XIII combo video showcasing what Duo Lon is capable of, be that old, new, practical or impractical.

END_OF_DOCUMENT_TOKEN_TO_BE_REPLACED

Our favorite Chilean tutorial video maker, GuttCl, is at it again.  Most likely inspired by ideas discussed in this recently released video, a bunch of other tutorial videos have been uploaded with actual applications of the Option Select.

Strangely, GuttCl has not put up any description of the exact input to trigger this Option Select.  An update will be edited in once this happens.  Enjoy the videos and challenge yourselves to come up with some new uses.

TSS AtmaDP recently uploaded a very interesting tech video which shows how you can cross up a crouching opponent who is placed fully in the corner:

First; the opponent must be brought to the corner offensively, not just pushed in through running or walking into the character sprite.

Second; the last hit must not be a neutral jump attack or special move as shown in the video. The jump attack must be able to go over a crouched opponent.

Third; if the opponent stands up blocking before the cross-up, the cross-up loses its ability.

Test it out yourself in practice mode!

Tell us what you think of this video in our comments section!

Chile’s Tortilla has uploaded a very well made tutorial for Ash.  The tutorial covers basic combos, as well as gimmicks and set ups.  Be sure to check it out as it contains lots of useful material.

Hit the jump to see more tech with Ash.

END_OF_DOCUMENT_TOKEN_TO_BE_REPLACED

GuttsCL has done it again, this time with a more practical stun combo (4stocks 2 drives) for Chin:

Next Bala has compiled a bunch of impressive Duo Lon combos:

Also, Frionel has updated his own Duo Lon stun combo