The King of Details #5: Counterhits 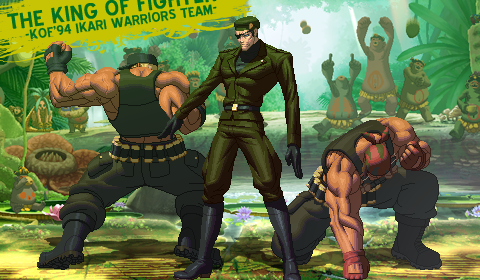 Today, we will discuss the way counterhits work in the King of Fighters series. Just so that we’re all on the same page, counterhits in fighting games generally occur when you interrupt an opponent’s attack during its startup or active period.

In KOF the definition is a bit more complex, and I will attempt to explain the many aspects of counterhits in this article.

Conditions of counterhits
The way KOF registers counterhits is a bit different from other games.

Counterhit works similar to other games in the sense that, you have to hit the opponent during the startup or active period of their moves, but, only a certain number of attacks can be counterhit.

Attacks that can be counterhit are: Command normals, Specials, Supers and (Hyper)hop attacks. If any other move is hit, during startup or active frames, you don’t get a counterhit. If two counterhittable moves trade with each other, it counts as a mutual counterhit.

2k2UM has a special counterhit feature. Some moves, especially reversals like K’ dp+C, are counterhittable during the recovery. This makes it even more painful to have your reversal blocked than in most other KOFs.

A counterhit on a grounded opponent, usually gives the attack a small increase in damage. The damage increase can be massive, for example Ryo’s 2xqcf+P does over 50% damage on counterhit in KOF98.

If you counterhit with a move that normally knocks down, it will juggle the opponent instead, and thus can be followed up by any attack of the attacker’s choosing. This situation often arises in neutral game, if one of the two players lands a j.CD attack, they will confirm that the j.CD counterhit, and quickly jump again to follow up with another j.CD or a j.C/j.D depending on the character and whether you want a knockdown or reset. The video below displays some setups that result from one of these counterhit j.CD situations.

Training yourself to react to j.CD counterhits appropriately and capitalizing off of them is somewhat difficult but an essential skill in high-level KOF.

In KOF there are are two specific types of knockdown that cannot be juggled, even on counterhit. One is the ‘reeling knockdown’ if,’ moves with this property connect, the opponent flies away while spinning. Examples of this type of knockdown are the knockdowns caused by K’ qcb+D in KOF2002/UM and 98 and 2002/UM Kyo B follow up after qcf+A, qcf+A. A far more common knockdown that doesn’t juggle on counterhit is the sweep knockdown universally caused by cr.D by all characters.

Counterhits on airborne opponents with moves that cause a knockdown behave in the same way as knockdowns on grounded opponents. If you counterhit with a move that would normally cause the opponent to go into hit reset state, like most jump normals, they will land on their feet as usual, but they will be vulnerable for a second hit during a short amount of their reset animation. Usually you are completely invincible during this animation. The first 13 frames after getting a counterhit reset are vulnerable to a follow up attack in KOF2002/UM. The values in other older KOFs are probably identical or similar, but I have not tested this. In KOFXIII, the period seems to be significantly longer, but I do not have the means to accurately measure this.

There aren’t many practical ways to capitalize of this short amount of invulnerability, and you need to have to be very skilled at anticipating counterhits. One of the more common examples happens with skilled Leona players. Leona can meet the opponent air-to-air with j.D. If you recognise that the opponent does a hop attacks, it is certain that, if yo win the exchange of normals, you’ll score a counterhit. In such a case you can buffer her V-slaher so that it cancels the moment the j.D hits.

Counterwire
KOF2001 introduced Counterwire. Moves that have this property will cause a wallbounce on counterhit. Examples of Counterwire moves are K’ f+A in 2k2/UM and Daimon’s j.CD in KOFXIII. For all intents and purposes, Counterwire state functions as a juggle state. It is sometimes hard to catch the opponent when they are in their Counterwire wallbounce animation, as its arch can differ slightly depending on where on the screen you hit them.

In King of Fighters 2002/UM you get even more options. You still cannot cancel Guard Cancel CDs normally, but you can cancel them into MAX mode (the 2002 equivalent of Hyperdrive mode) by pressing B+C for two super stocks. If you hit it as a counterhit, you can juggle freely. Leona can, for example, apply this by hitting a Guard Cancel CD as a counterhit, cancelling into MAX mode, and instantly doing her V-Slasher super, it costs 3 stocks, but is a huge reward for simply blocking an attack and well worth it if it wins you the match.

The video below showcases the two types of counterhit Guard Cancel CD combo options. Doing this against Iori dp+C like in the videos is probably not the best of ideas, as it is a free punish if you just block, but it makes the counterhit somewhat easier to see.