The King of Fighters '98 UMFE/EX Geese 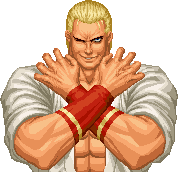 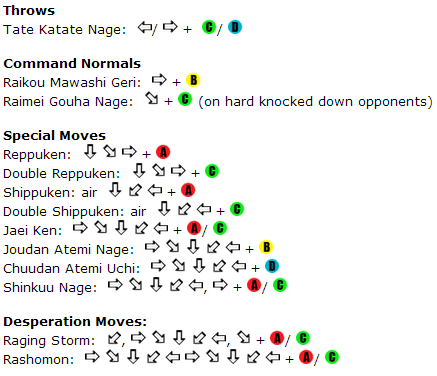 EX Geese is a zoning-focused character with a good fireball game. In neutral, EX Geese has access to some good grounded and aerial projectiles to control space with, some solid pokes, and a set of counters he can use to stop the opponent from poking or jumping in on him. He also has access to the infamous Raging Storm, which works great as an anti-air. Up close, EX Geese has access to both a regular and DM command grab. EX Geese struggles some on defense, as he has no invincible reversal; not even his Raging Storm is fully invincible, and while his counters are fast, they're also risky.

cl.D(1), AB (roll cancel), hcbx2+P/hcb,f+P
This might seem impractical but depending on how close you are with cl.D(1), you can roll through your opponent or stay on the same side. It can catch your opponent offguard once in a while if you use it as a block string.

King of Fighters 98 UM FE: EX Geese Guide by Mash It Out