The King of Fighters '98 UMFE/King 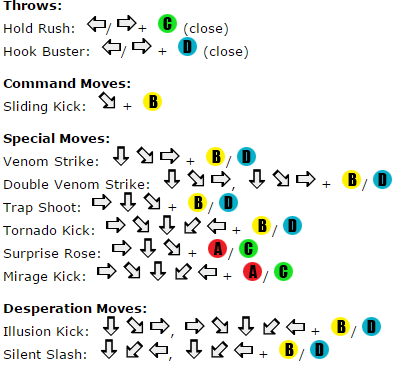 King is primarily a neutral and zoning character with access to some great normals and some solid zoning tools, including fireballs, an invincible reversal/anti-air, and a great low-profiling slide. Her great defensive normals allow her to cover different important spaces well, both on the ground and in the air. Her fireballs, along with her multiple anti-airs, can make her a hard character to approach, and she also has multiple good defensive options to deal with pressure. Her biggest weakness is her lack of mixups, making her offense very simple to defend against.

(j.X), cl.D(1), df+D, qcf,hcb+B
metered combo from close starter or jump in. Must cancel into df+D as late as possible.

King of Fighters 98 UM FE: King Guide by Mash It Out