The King of Fighters '98 UMFE/Vice 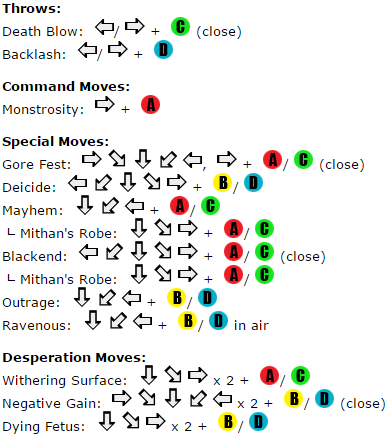 Vice is a intended to be primarily a grappler, with added solid hit confirms and poking tools. Ironically, she can stand her ground and play neutral very well, but struggles to get in and apply pressure to make full use of her command grabs.