The King of Fighters '98 UMFE/Orochi Chris 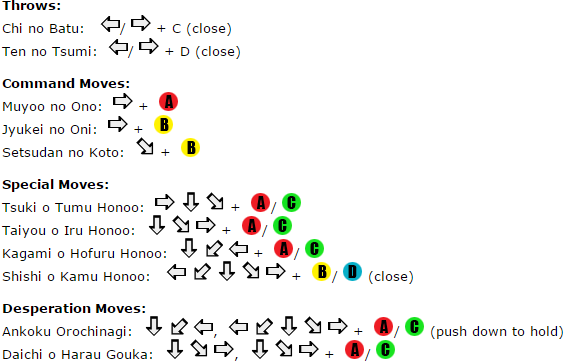 Orochi Chris is a rushdown monster, boasting the fastest movement speed in the game alongside some great neutral buttons. This allows him to get plenty of chances to get in close, where he truly shines. His great movement speed alone makes him hard to deal with when he's in your face, but in addition to that he has an amazing crossup, good confirms from highs and lows, and a proximity unblockable he can combo off of. He also gets good reward off of his metered combos, cementing his status as a top-tier character. On defense, he has fast normals, a completely invincible DP, and a partially invincible proximity unblockable to take his turn back with.

Ankoku Orochinagi: qcb,hcf+A/C (can be held)

King of Fighters 98 UM FE: O.Chris Guide by Mash It Out