The King of Fighters '98 UMFE/Iori Yagami 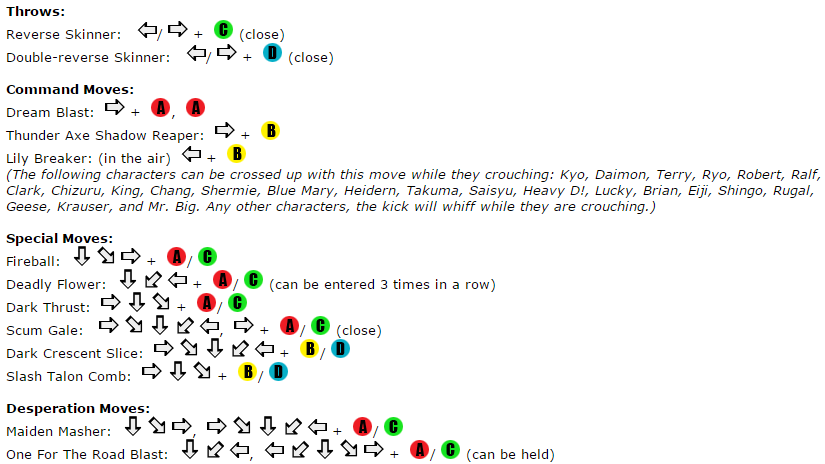 Iori is a highly versatile character that can do just about anything, but leans towards rushdown and mixups due to his great access to hard knockdowns. At further ranges, he has a fireball and a good poke as his main tools, but Iori really starts to shine when he lands a hit into his hard knockdown rekka. He has plenty of mixup options, like a good crossup, a command grab he can combo out of, good low confirms, and an overhead. Most of these options will allow him to combo into rekka again and repeat the situation. On defense, he has access to a great DP for reversals and anti-airs, and a good DM that can low-profile and anti-air well. Iori's main weakness is that a lot of his buttons aren't that great, so his grounded poking game can feel a bit lacking.

One For The Road Blast: qcb,hcf+A/C (can be held)

King of Fighters 98 UM FE: Iori Guide by Mash It Out