The King of Fighters '98 UMFE/Saisyu Kusanagi 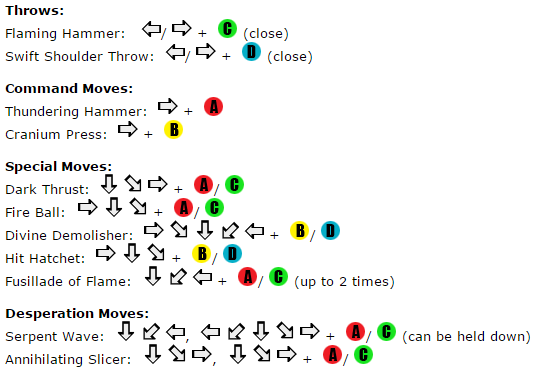 Saisyu has great offensive tools to stay close to the opponent and confirm into big metered damage or a meterless hard-knockdown. Alternatively, he can zone out the opponent with his ground-traveling fireball and a strong anti-air DP. His weakness definitely lies in his mostly short-ranged normals, which often cannot compete with the opponents' in neutral. Saisyu has to make up for this deficit with good positioning, so he can use his great jump-in normals to get in and start his pressure game.

Serpent Wave: qcb,hcf+A/C (can be held)

King of Fighters 98 UM FE: Saisyu Guide by Mash It Out